Learn more about integrations currently available between Reply and hundreds of other apps including CRMs, Zapier, and lead generation tools

Reply supports integration with several CRMs. You can find them under the Integrations page of the Reply interface. There are both native integrations and those using Zapier. 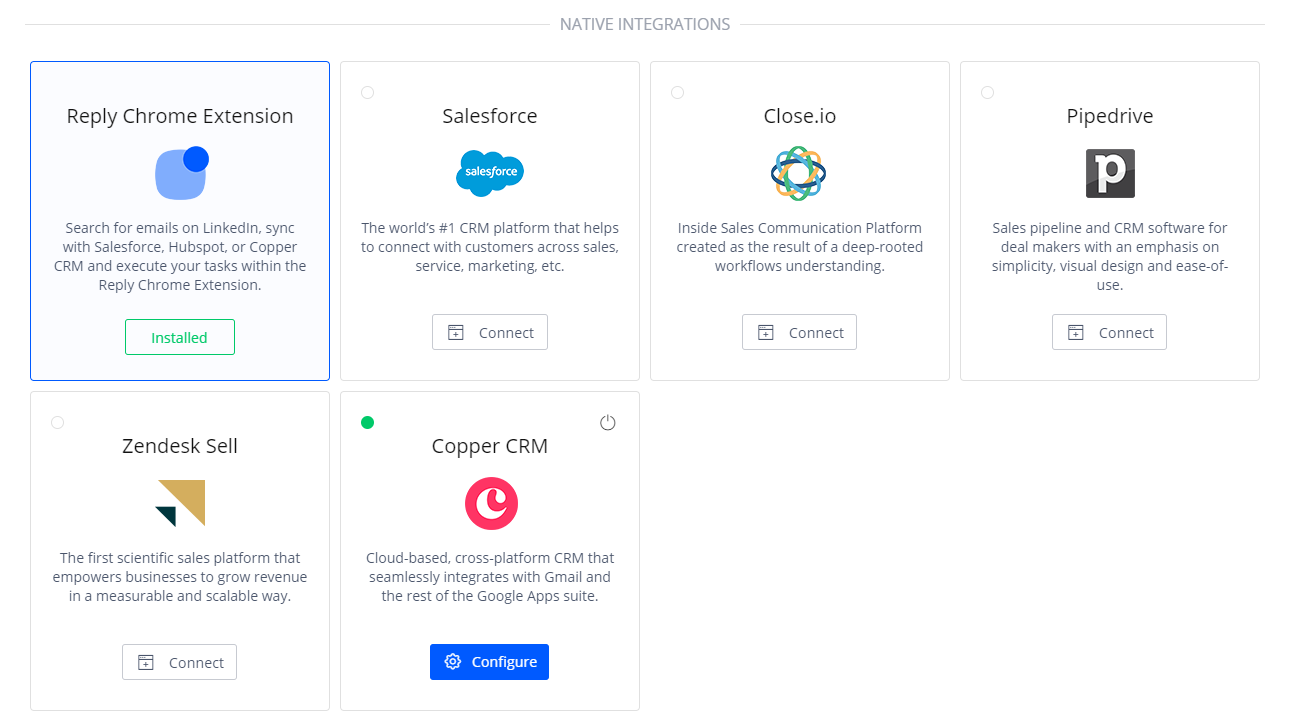 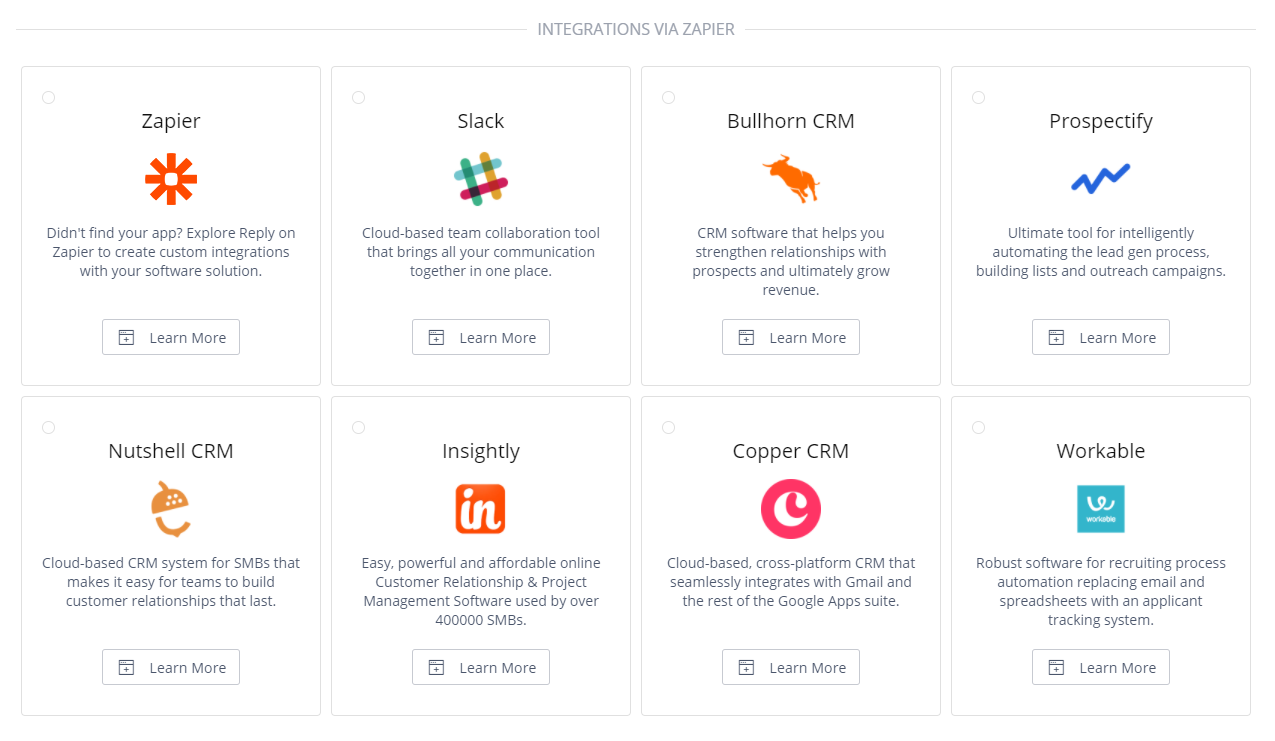 Zapier enables you to automate tasks between other online apps (like Salesforce, Basecamp, and Gmail). This helps you use complementary apps side-by-side! Zapier has more than 500+ apps that could be integrated into triggered workflows named ZAPS. So every time you create a new trigger and action pair in Zapier it is a new Zap.

For more information about popular Reply integrations that use Zapier, see the following article.