Suggested tasks are the tasks created by Reply automatically to convert more prospects into customers and improve your sequence performance.

Suggested tasks are created with certain regularity (based on particular case) and expire after their due date passes. The system generates suggested tasks and they can be seen in a specific section (SUGGESTED) later will be available generations for particular date in the future. When suggested task expires it will still be visible in the PAST DUE section.

You can do the Finish, Delete or Archive actions with suggested contacts, as you do with regular ones. In cases where the tasks have been marked as Finished or Archived, suggested tasks will become standard tasks and will be available for a particular time in the future. For example, if a task had a due date of June 1st, but it was marked Finished on May 30th, it will be shown in the May 30th section.

Right now, Reply creates tasks for the contacts that were finished in a sequence, but who did not respond to your communications activity (received all emails from the sequence; emails are not bounced not are they marked as opted-out). Every two weeks on Mondays, Reply analyzes sequences and creates Suggested tasks for contacts that were finished in sequences and idle for 14 days.

If you click on a batch of suggested tasks on the Tasks page, you will be redirected to the People page, where you can make actions (for example, move to another sequence) with the list of prospects from this suggested task.

You can set up the system to create a suggested task after the prospect views your email several times. 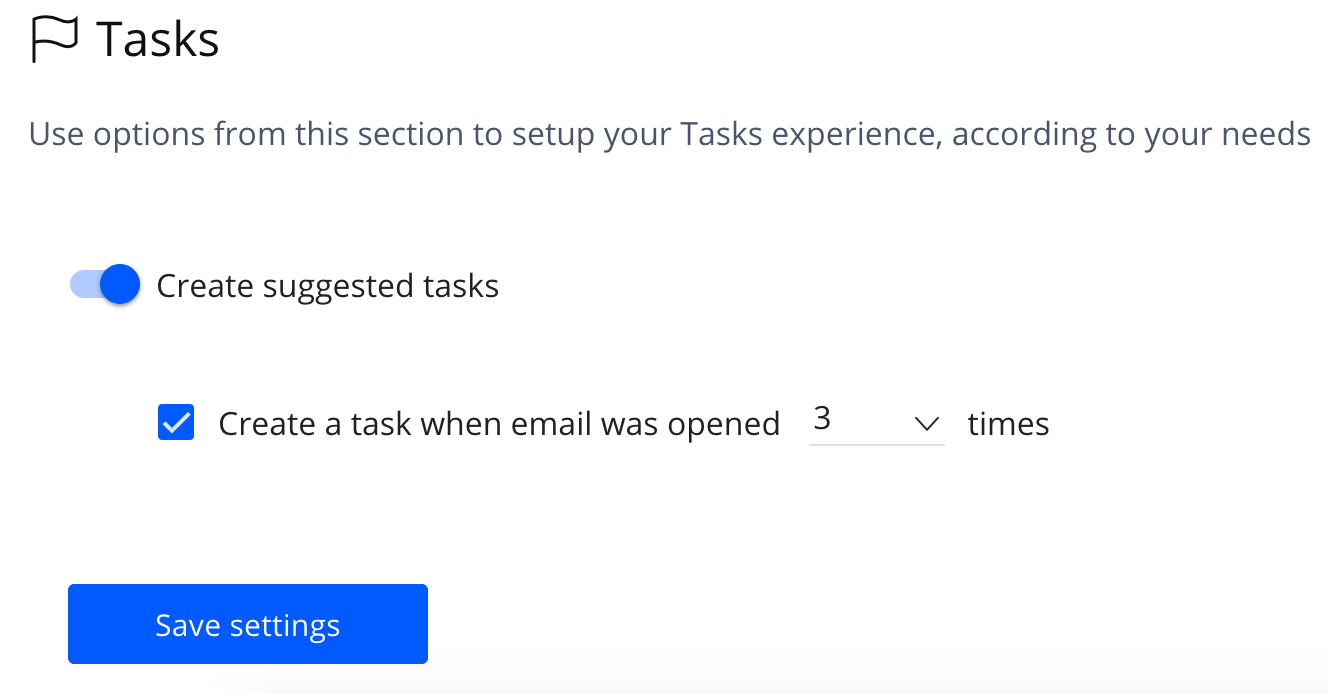 Note: the system does not create a suggested task in the following cases: